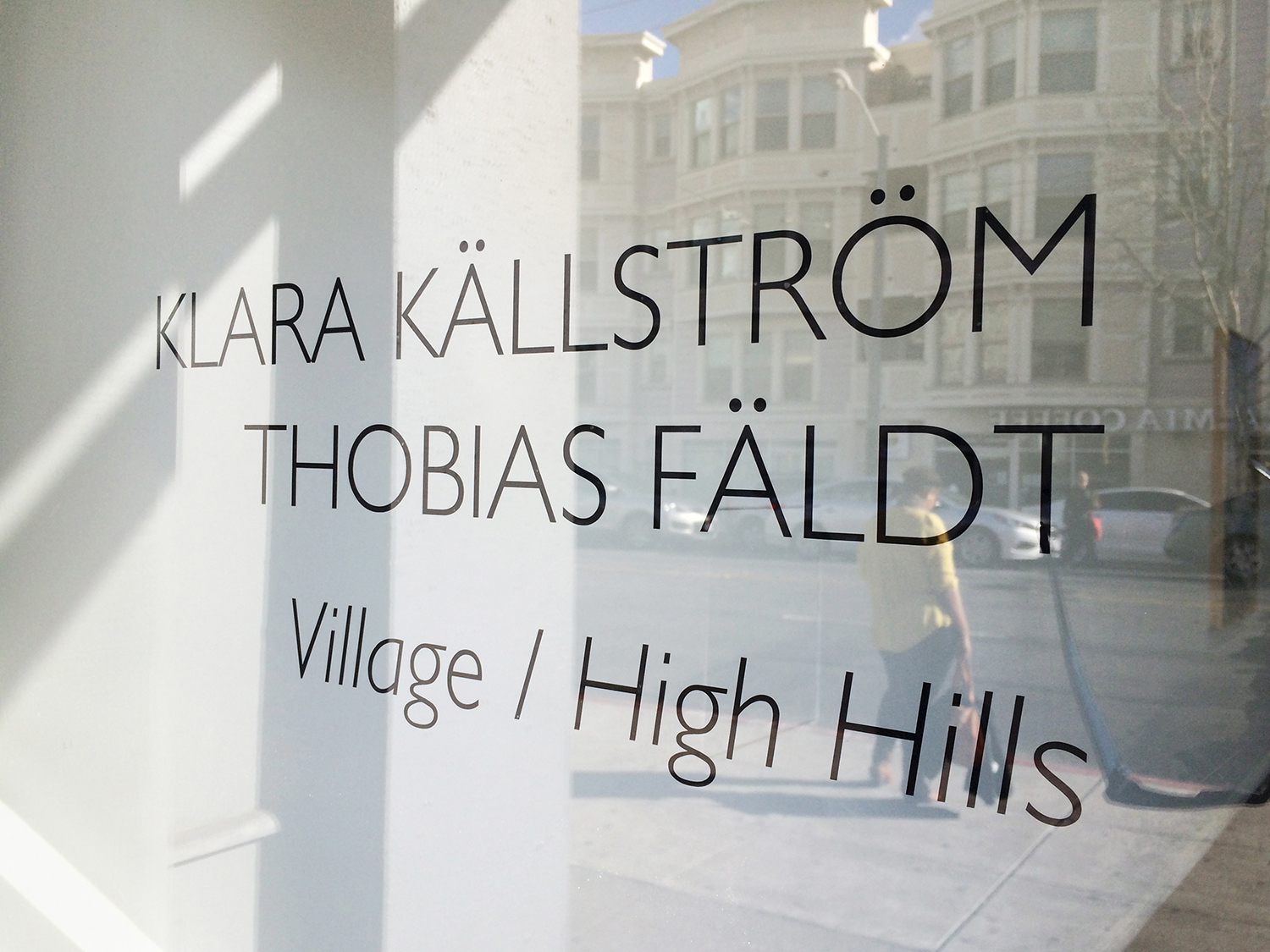 CULT | Aimee Friberg Exhibitions is pleased to present Village / High Hills, an exhibition of photography and related artifacts by Stockholm-based artists Klara Källström and Thobias Fäldt, on view from February 27 through April 25. For this project––whose title refers to “Kali Forno,” the alleged indigenous name for California that describes its mountainous terrain––Källström and Fäldt will conduct a site-specific photographic exploration centered around San Francisco’s Mission district, applying their characteristic methods of cultural and historical research to reveal the distinctive identity of this iconic neighborhood at a time of flux and rapid transition. In addition to twenty images from an earlier iteration of the same body of work, the exhibition will feature several photographs produced specifically for this show. Källström and Fäldt‘s practice is rooted in contemporary documentary photography, in particular the idea of the photograph as visual diary or travelogue, as well as in the belief that the subtlest cultural differences are sometimes more easily perceived from an outsider’s perspective.

For Village / High Hills, the artists take as a jumping-off point an earlier photographic series entitled Village (2014), for which they spent three months photographing sites in the Canadian provinces of Québec and Ontario. The opening reception of the exhibition at CULT will also celebrate the publication of an eponymic photobook produced as part of this project. With a traveler’s inquisitiveness, Källström and Fäldt captured images in diverse locations, focusing on narratives surrounding the colonization of Canada and how indigenous and imported languages have evolved over time. The artists found that the Francophone population resisted giving up their French in favor of English, while the indigenous people have been marginalized to the extent that today their language is almost completely invisible. In order to highlight and address these linguistic and cultural omissions, Källström and Fäldt chose to caption their photographs using each location’s original indigenous name, translated into colonial languages. By using the pre-colonial names, the artists sought to render visible that which has been lost in what they call “the blind spots of contemporary society.”

In Village / High Hills, Källström and Fäldt will use similar methods of cultural investigation to examine how the Mission district––and, by extension, the greater San Francisco Bay Area––has evolved over the years, and will work to unearth and explore hidden meanings by documenting, naming, and cataloguing images they will capture in an on-site exploration in the weeks prior to the opening of the exhibition. Village / High Hills will also feature a first-edition copy of Robert Frank’s seminal book Les Américans, the result of the Swiss-born photographer’s coast-to-coast journey across the United States in the 1950s. Källström and Fäldt’s work continues in Frank’s tradition of exploring the personal poetics of lived experience, and the ways in which the subjectivities of the individual subject, photographer, and viewer shape cultural meaning on a broad scale.

The photographic discourse inherent in this work is dependent upon a rich system of cultural signs and signifiers. Källström and Fäldt’s work aims to investigate and expose the symbols by which the photographic message is composed. By questioning and disassembling the medium’s traditional narrative entities and then amassing them anew, the artists aim to deepen our comprehension of the myriad ways in which we witness the world around us.