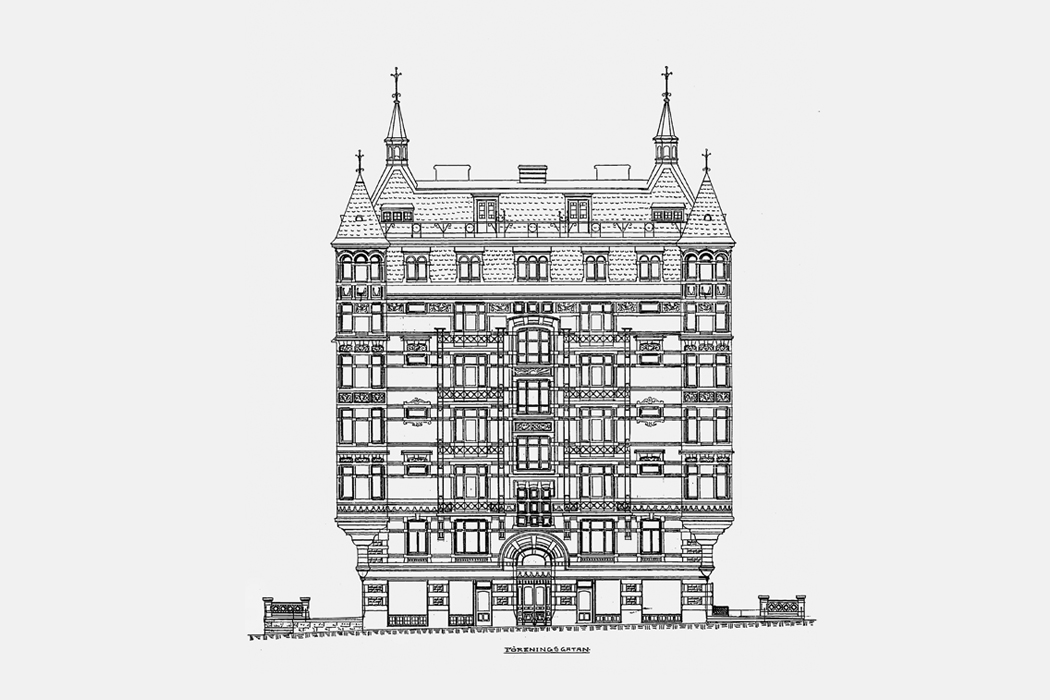 FG2 is an exhibition project formed by architect Per Nadén, artists Klara Källström & Thobias Fäldt that takes place at Föreningsgatan 2 in Gothenburg. For each exhibition, an artist or institution is invited to collaborate and for which Johannes Wahlström writes an accompanying essay.

The symposium will focus on how contemporary lens-based practices in India and elsewhere are investigating and addressing questions about local, national and global histories, social, political and environmental challenges today. The uses of archives, post-photography practices and different ways of publishing are also important issues which will be high-lighted in the symposium.

After the symposium the activities continues at FG2/Föreningsgatan 2.

The symposium is free to attend. Please register on the link below.

In production with Per Nadén, Barthélémy Garcia, Fabian Reppen and Christoffer Rutström

FG2 presents its third exhibition at Föreningsgatan 2 in Gothenburg
Opening: Thursday 23 May at 18:00
(Jovana Nedeljković and Radovan Cukić in conversation with Niclas Östlind and participating artists)

The transdisciplinary exhibition Travelling Communiqué was first shown at the Museum of Yugoslavia (MoY) in Belgrade in the summer of 2014 and it examines the role of one of the most important photographic archives of the 20th century, the archive of the cabinet of the life-long president of the Socialist Federal Republic of Yugoslavia (SFRY), Josip Broz Tito. It was the first and most extensive project ever made taking the photographic archive of MoY as it’s point of departure including more than sixty works by forty authors from thirty-two countries created in various media: video essays, photographs, collages, photo walls, films, articles, lectures, documentary material.

The project was developed as a collective work by Armin Linke (Germany/Italy), Doreen Mende (Germany) and Milica Tomić (born in SFRY), in collaboration with the MoY team of curators (Radovan Cukić, Ivan Manojlović, Mirjana Slavković)

In May of 2019, the Travelling Communiqué exhibition will be shown in selected parts as a collaborative project between Museum of Yugoslavia and FG2.

The photographic archive of MoY encompasses the work of four photographers employed at the Cabinet of President Josip Broz Tito. Their cameras captured the activities of the former President from 1948, until his death in 1980. The Travelling Communiqué project points to the link between photographic protocols and the political network of a statesmen, or rather, the issues arising from the use of photographs as a means of legitimizing relations of (political) power. It addresses questions between photographs and political practice in socialist Yugoslavia and if a photograph then becomes an equal instrument of that political idea, on a level with political speech? The Photo Archive of Josip Broz Tito is the result of a collaboration between MoY’s curators and the Travelling Communiqué project, with the aim of offering a new way of interpreting, as well as a possible direction in analyzing the role of the photographic archive of Josip Broz Tito.

At the invitation of MoY, Klara Källström and Thobias Fäldt have gone through the archive in search for the one and only travel that President Tito made to Sweden. In addition to the eight journeys surveyed in the Travelling Communiqué exhibition, Källström and Fäldt explore the photographic material from the occasion when President Tito met with Prime Minister Olof Palme at Hagaparken in Stockholm in 1976. Through a comparative analysis of the photographs from Hagaparken found in the photographic archive of MoY and present time’s digital remains after the meeting, the search results extend well beyond the Cabinet’s control. The most searched-for information on the events in the park seem to concern a small incident with President Tito’s hand, an accident where his hand happens to be in the way of a closing car door. If search hits from the web are to be considered as a form of archaeological remains, the causal effect of what is left from the meeting is then a clamped limb.

In the FG2 exhibition and through the words of writer Johannes Wahlström, the injured hand in cropped format serves to ponder the strata of hypocrisy; once a theatrical act, subsequently turned into an age that finally sees its’ own end – an end that proves to be a great day to talk about the weather.

Aleix Plademunt, Klara Källström, Thobias Fäldt and Johannes Wahlström
The Swedish Matter – or the issue of the gramophone mind

In production with Per Nadén, Hanna Jacobsen and Barthélémy Garcia

FG2 presents its second exhibition at Föreningsgatan 2 in Gothenburg
Opening: Thursday 1 November at 18:00
(Aleix Plademunt in conversation with Niclas Östlind and participating artists)

Since 2013, Barcelona based photographer Aleix Plademunt has been working on MATTER, his most extensive photographic project so far. Deriving from mater, the Latin word for mother, matter refers to the substance from which all things are made. In English, the word matter can also indicate importance or significance – something to be concerned about. Matter itself is inert, without motion, unable to reproduce. But it leads to life. The Big Bang’s radical expansion created everything. During its life cycle, an organism undergoes many changes – it grows, learns, evolves and dies – but matter always remains. Matter is a constant. It was there from the beginning and it will remain long into the future. Humans emerged from one of the most recent evolutionary alignments in space and time. We have endeavoured to dominate and transform matter. Nevertheless, evolution is such a complex process that one can easily forget that it is only possible thanks to the precise imitation of original processes. The MATTER project analyses the age-old question of existence and how it pursues our origin.

FG2 (i.e the collaborations at Föreningsgatan 2) takes the starting point in an artist’s already existing body of work and finds its way through further investigations. For the occasion of Plademunt’s visit to Gothenburg, the trees in the MATTER project form a central role. A few years ago, Plademunt visited Sweden to take a photograph of the oldest tree on earth, a small pine on Fulufjället in the county of Dalarna. The Swedish Matter is the result of bringing MATTER into a specific historical and geopolitical position, of letting matter speak through it’s bare existence. The presence of a tree, both as a physical witness and/or in the shape of a safety match, reminds us of a Swedish history inseparable from the material of which it is inscribed.

In 2000, Aleix Plademunt studied technical engineering at UdG and in 2003 he received a degree in photography from UPC in Barcelona. He has been exhibited widely counting over forty group shows and twenty individual exhibitions, most recently at Fotografia Europea, Reggio Emilia in Italy and Centro de Arte de Alcobendas in Madrid, highlighting the Almost There exhibitions at Le Bal in Paris and IMA Gallery in Tokyo. In 2011, he founded the editorial project Ca l’Isidret Edicions together with photographers Roger Guaus and Juan Diego Valera. Almost There was co-published with MACK in 2013 and with Ca l’Isidret Edicions he has released 5 books in total. In 2017 he was the recipient of the Hangar Residency Program at ADM México City and in 2015 he received the visual arts grants from Fundación Botín.

Thomas Sauvin, Klara Källström and Thobias Fäldt
On This Day
With text by Johannes Wahlström, No History, No Problem

FG2 presents its inaugural exhibition at Föreningsgatan 2 in Gothenburg
Opening: Wednesday 23 May 2018 at 18:00
(Thomas Sauvin in conversation with Niclas Östlind and participating artists)

Since 2009, the French collector and artist Thomas Sauvin has been salvaging discarded camera film from a recycling plant on the edge of Beijing. Undertaking an extensive project of buying rice bags filled with dusty and scratched negatives, the collection today encompasses over half a million anonymous photographs.

The project started when Sauvin met with a man called Xiaoma who works in the recycling zone and who solely focuses on trash containing silver nitrate such as hospital x-rays and cd-roms, but also camera film. Instead of the usual procedure of drowning the film in a big pool of acid in order to collect the precious silver, Xiaoma agreed to sell it by the kilo to Sauvin and subsequently, the Silvermine archive was born.
Beijing Silvermine is a unique photographic portrait of the Chinese capital and the life of its inhabitants following the Cultural Revolution. It spans the period from 1985 to 2005 when silver film began to be used commonly and leads up to the time of entry of the digital photography era. The archive marks a major part of the history of popular analog photography in China as well as the years of the country’s economic opening when people began to travel and consume. This unceasingly evolving collection now constitutes a visual platform that Sauvin continuously invites others to interact with, while simultaneously impacting on our collective memory of the recent past.

Sauvin’s work has been exhibited widely, including CAFA Art Museum in Bejing and Shanghai Center of Photography in Shanghai, China, Paris Photo and Fondation Cartier in Paris, France, CCCB in Barcelona, Spain, FORMAT Festival in Derby, UK, SF Camera Works in San Francisco and Museum of Contemporary Photography in Chicago, US. Sauvin’s extensive book production has received great attention, including nominations at the Deutsche Börse Photography Foundation Prize in 2017 and 2014, Best Photobook at the Fotobook Festival in Kassel in 2017, 2016 and 2013 and Paris Photo / Aperture Foundation Photobook award in 2013.

In May 2018, Sauvin is invited to the newly opened exhibition space FG2 in Gothenburg to show a selection of works based on the Silvermine archive. Including the meticulously carried out album “Xian / 线” among other projects such as “Until Death Do Us Part / 双喜” and “Silvermine Albums”, the exhibition forms the most extensive presentation of Sauvin’s work so far in Sweden. For this occasion, the artist has invited two of the founders of FG2, Klara Källström and Thobias Fäldt, to interact with the archive. Comprised by a selection of texts entitled “No History, No Problem” by writer Johannes Wahlström and photographs from the Beijing Silvermine, the new project “On This Day” is the result of a collaborative work starting from the idea of the ‘Silvermine archive meets Onthisday.com – “the world’s largest historical events online database” ‘.