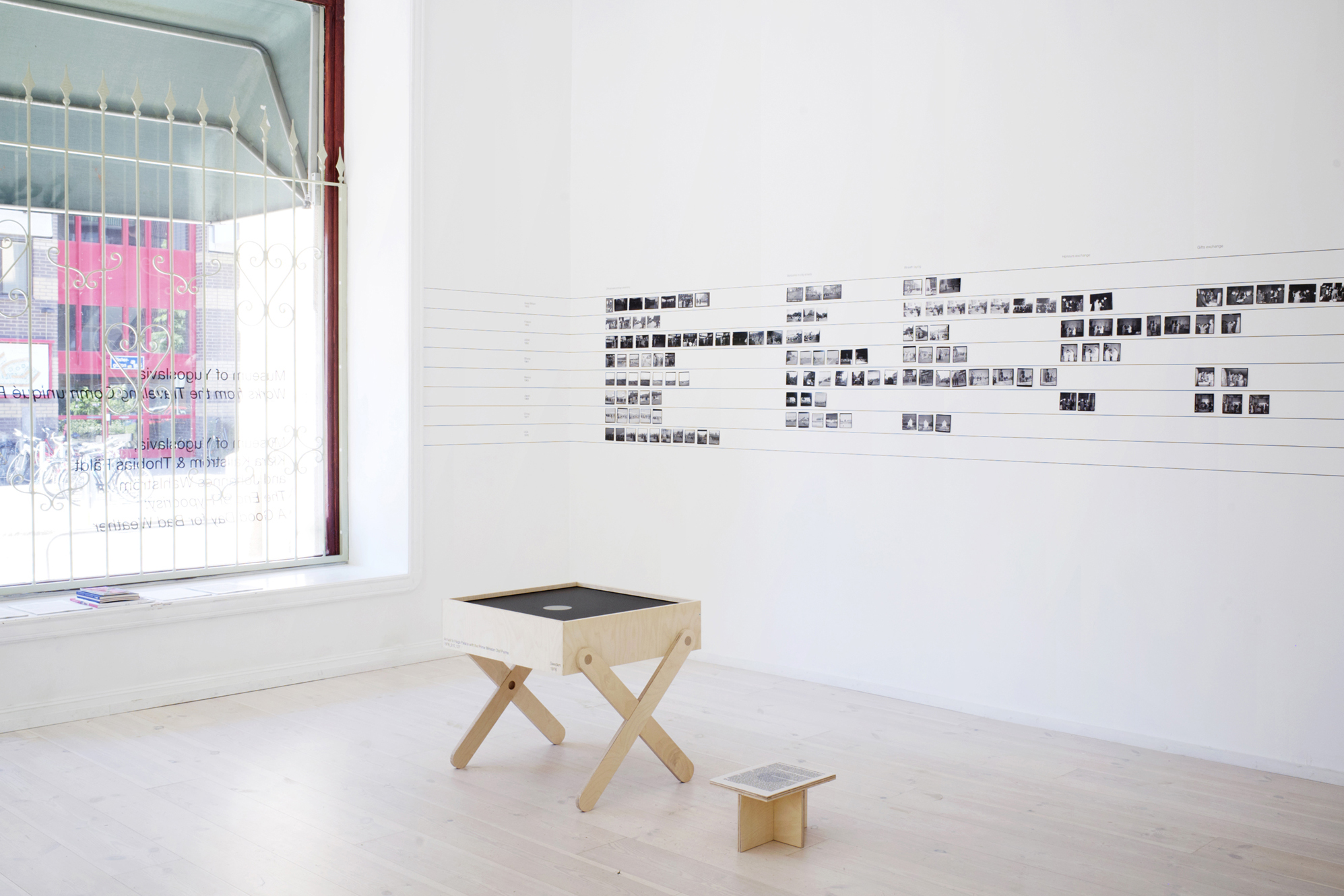 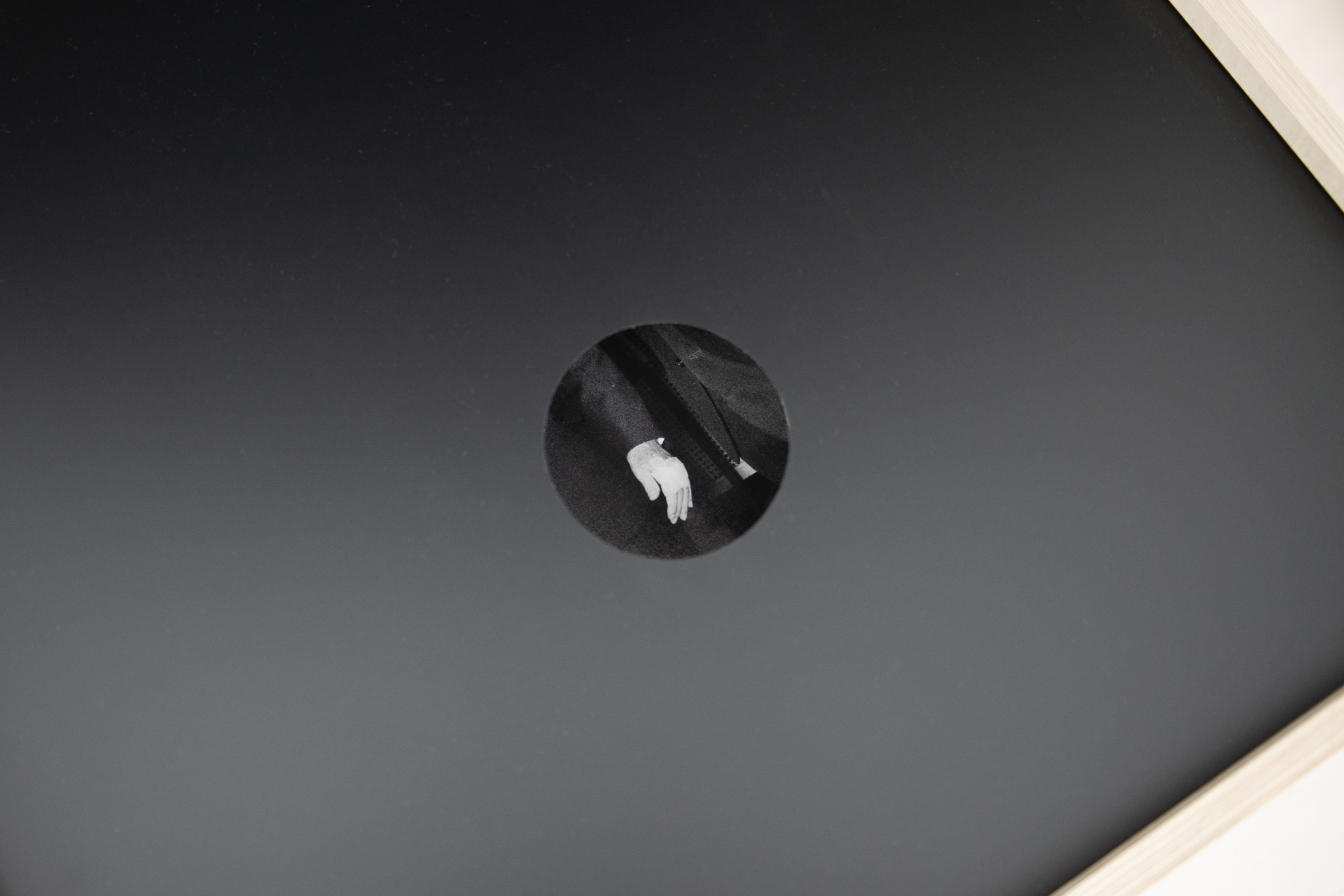 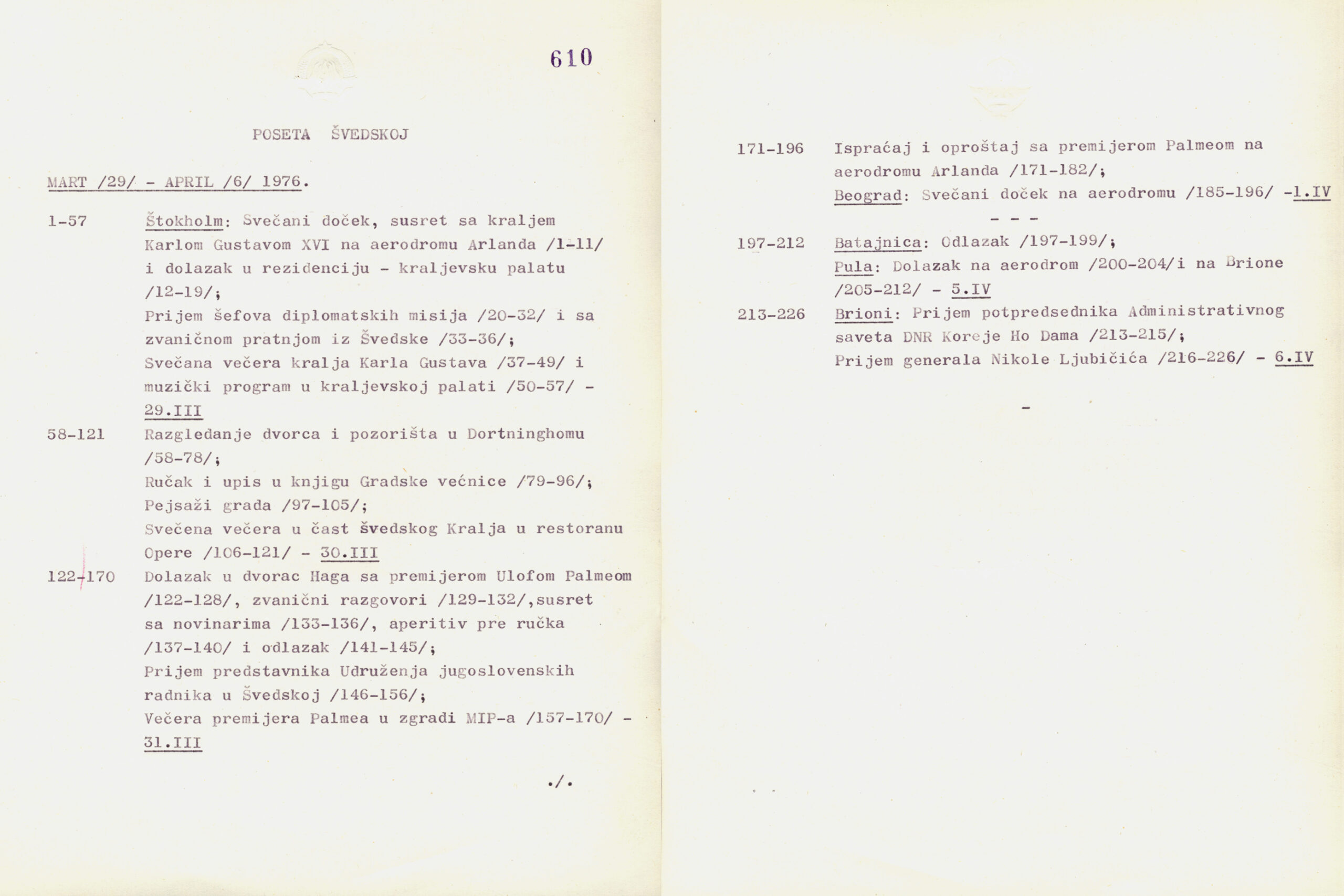 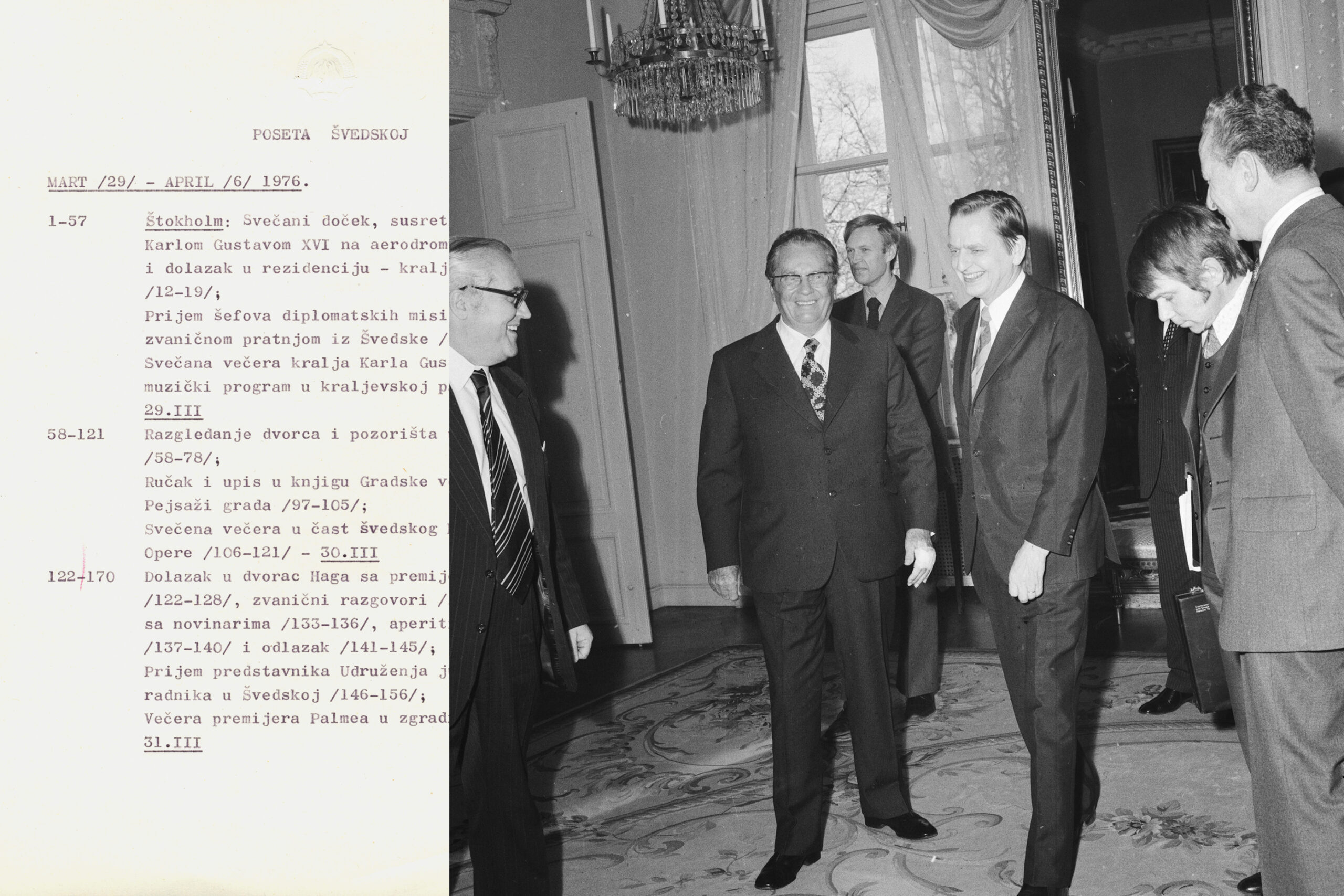 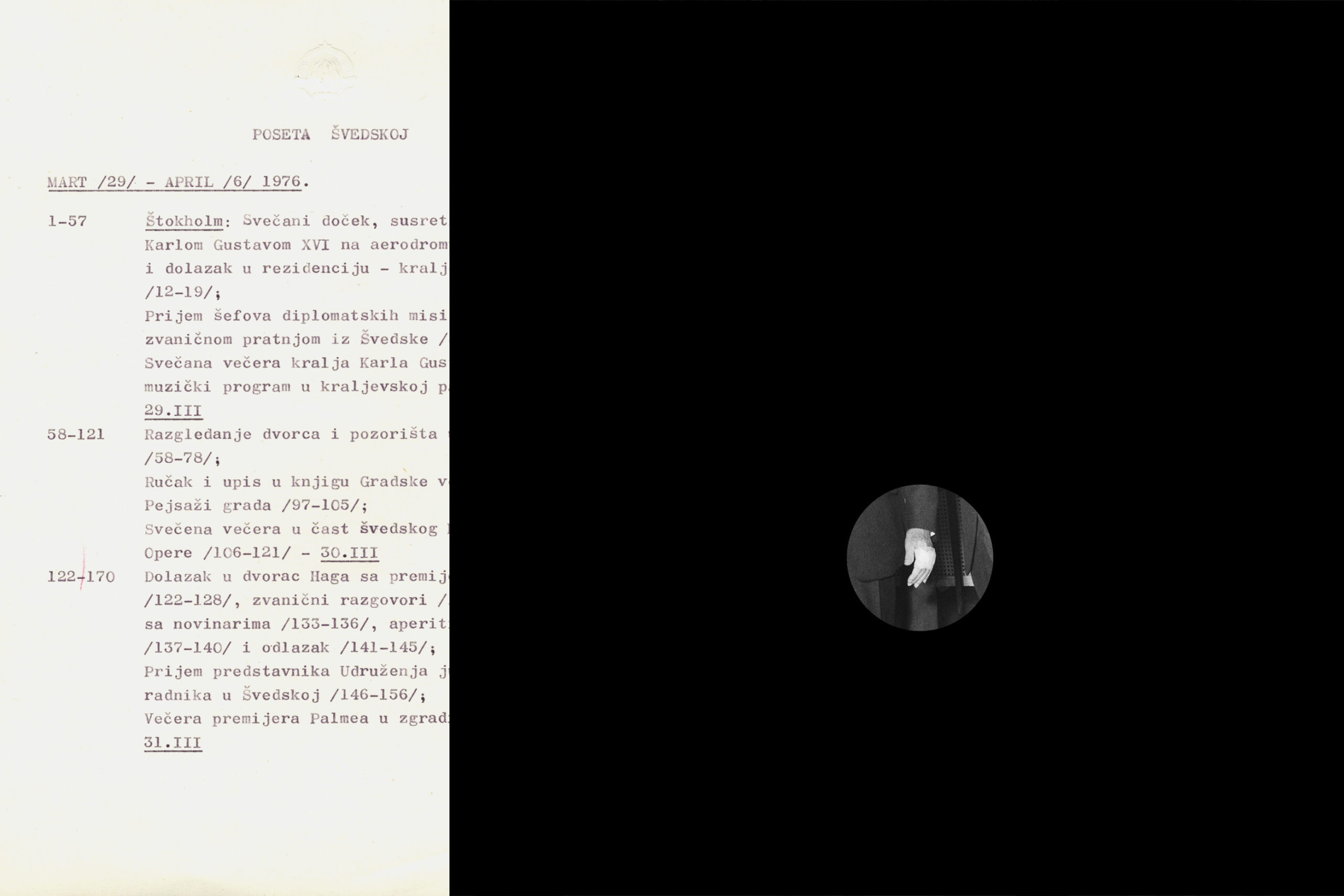 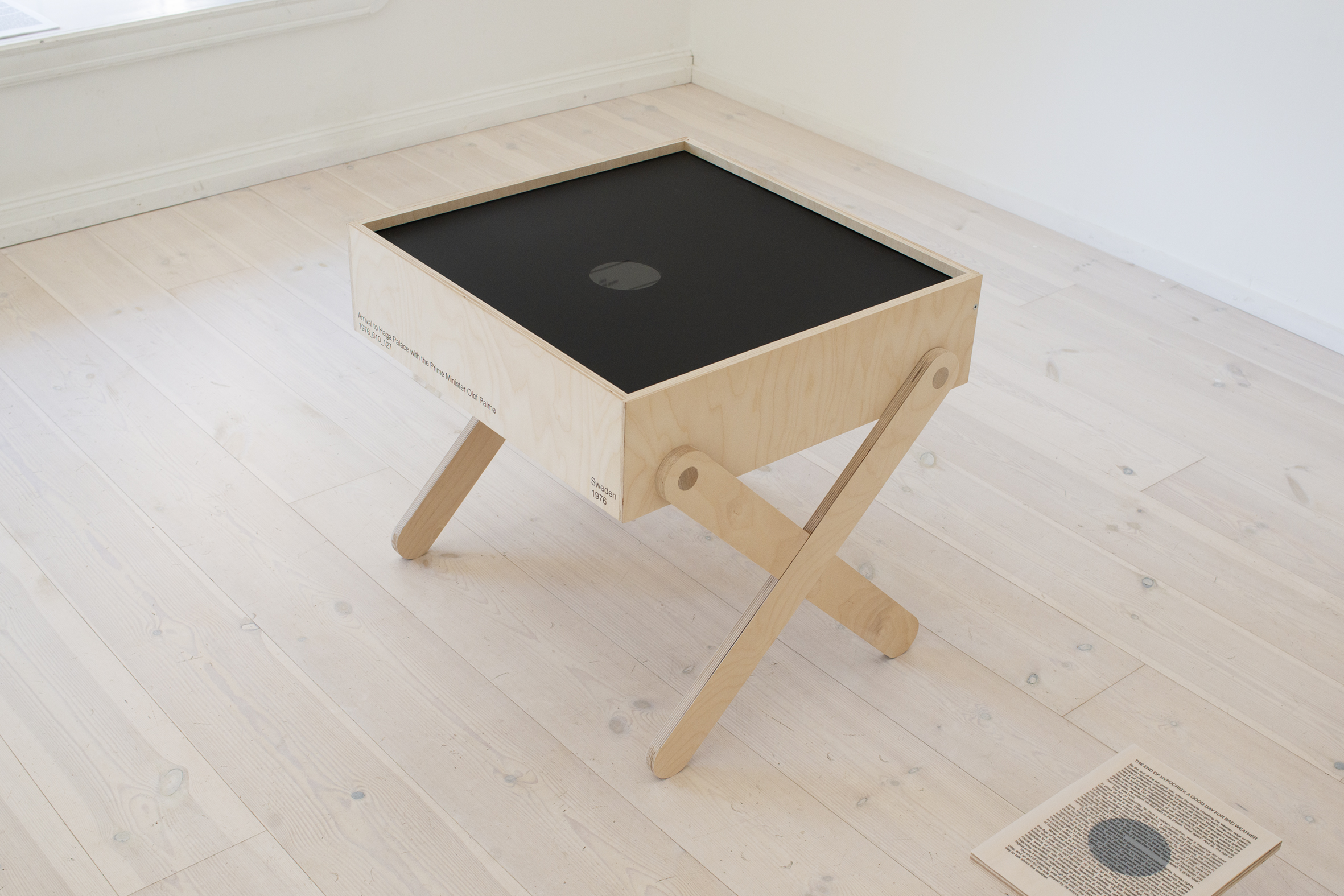 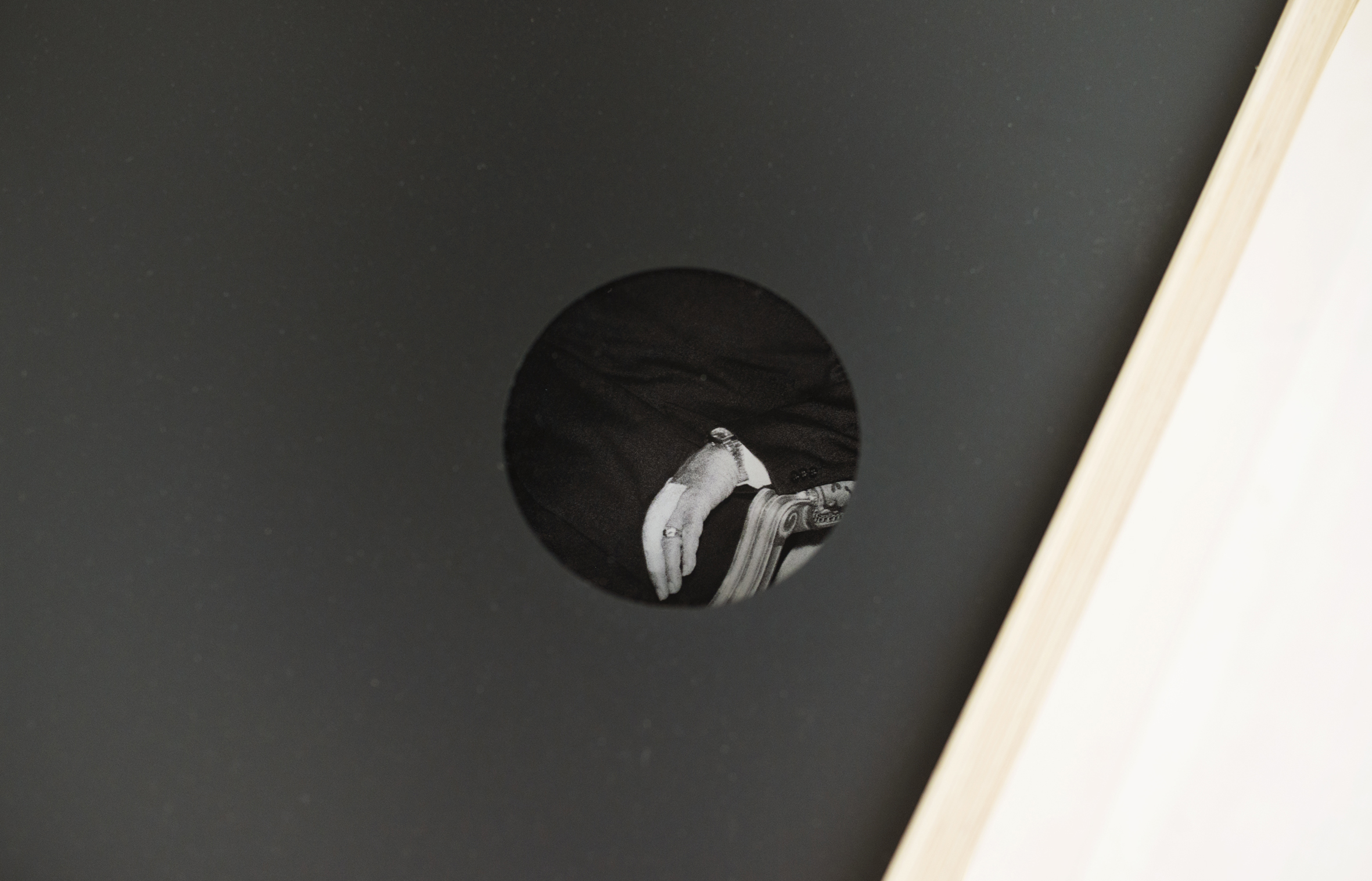 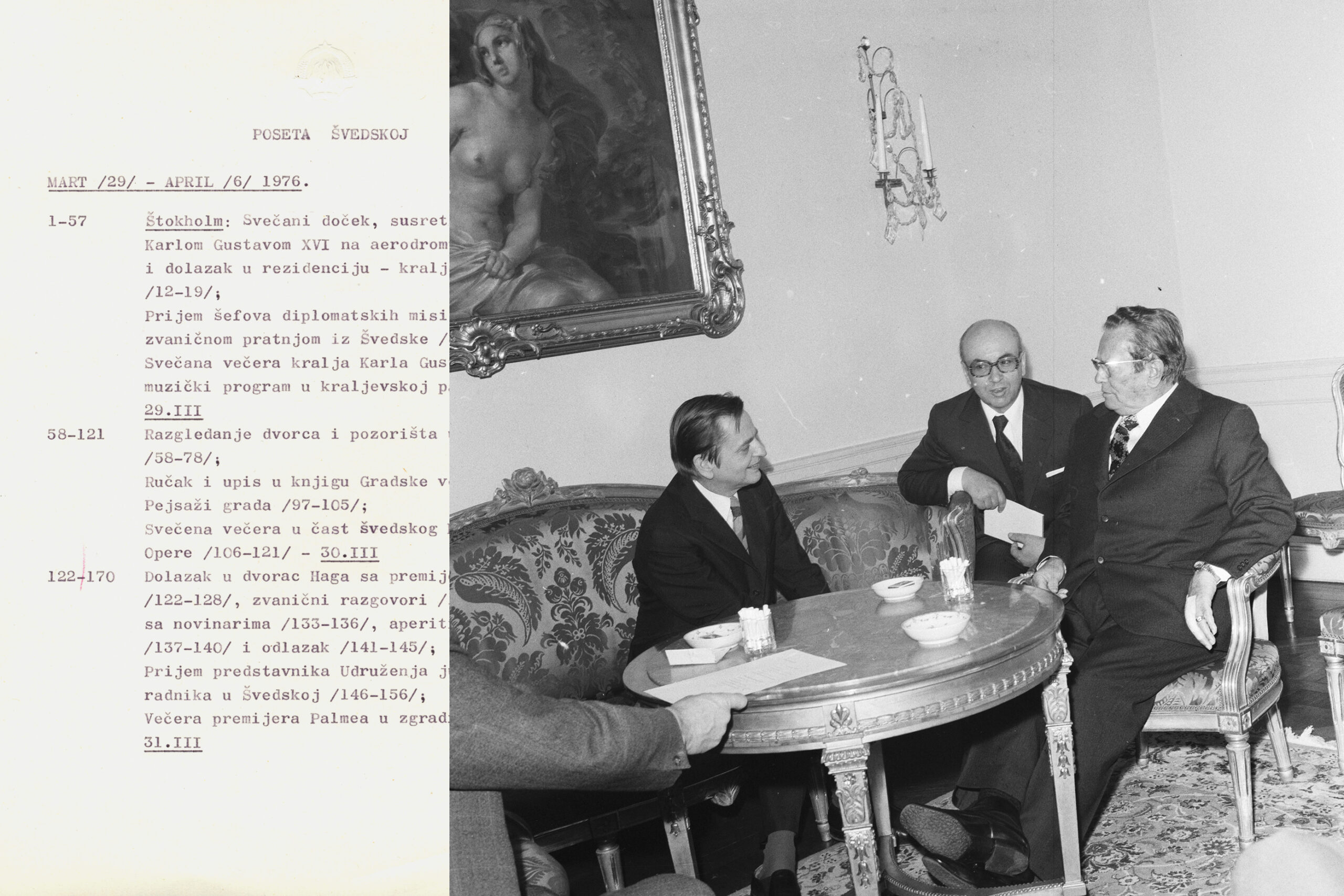 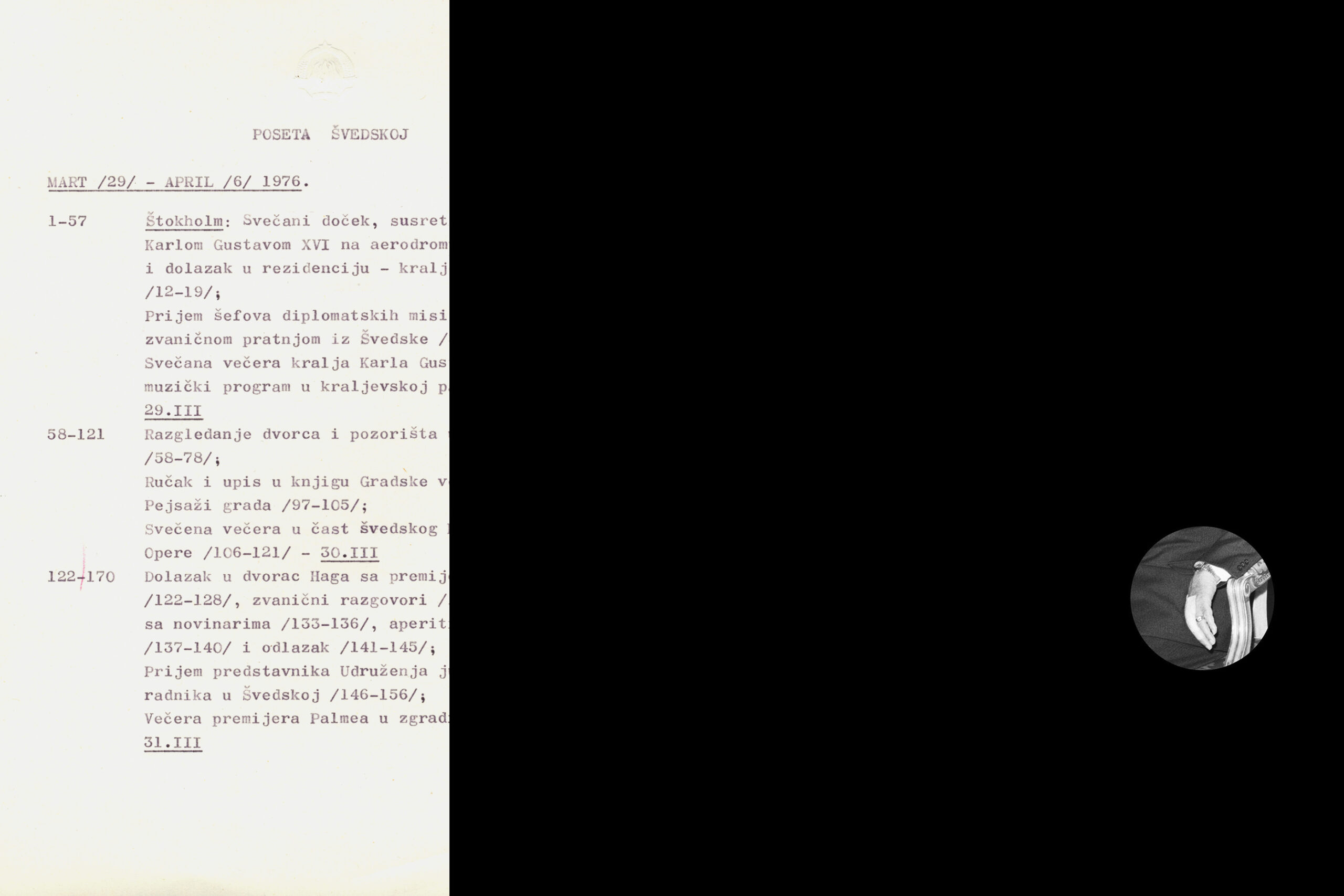 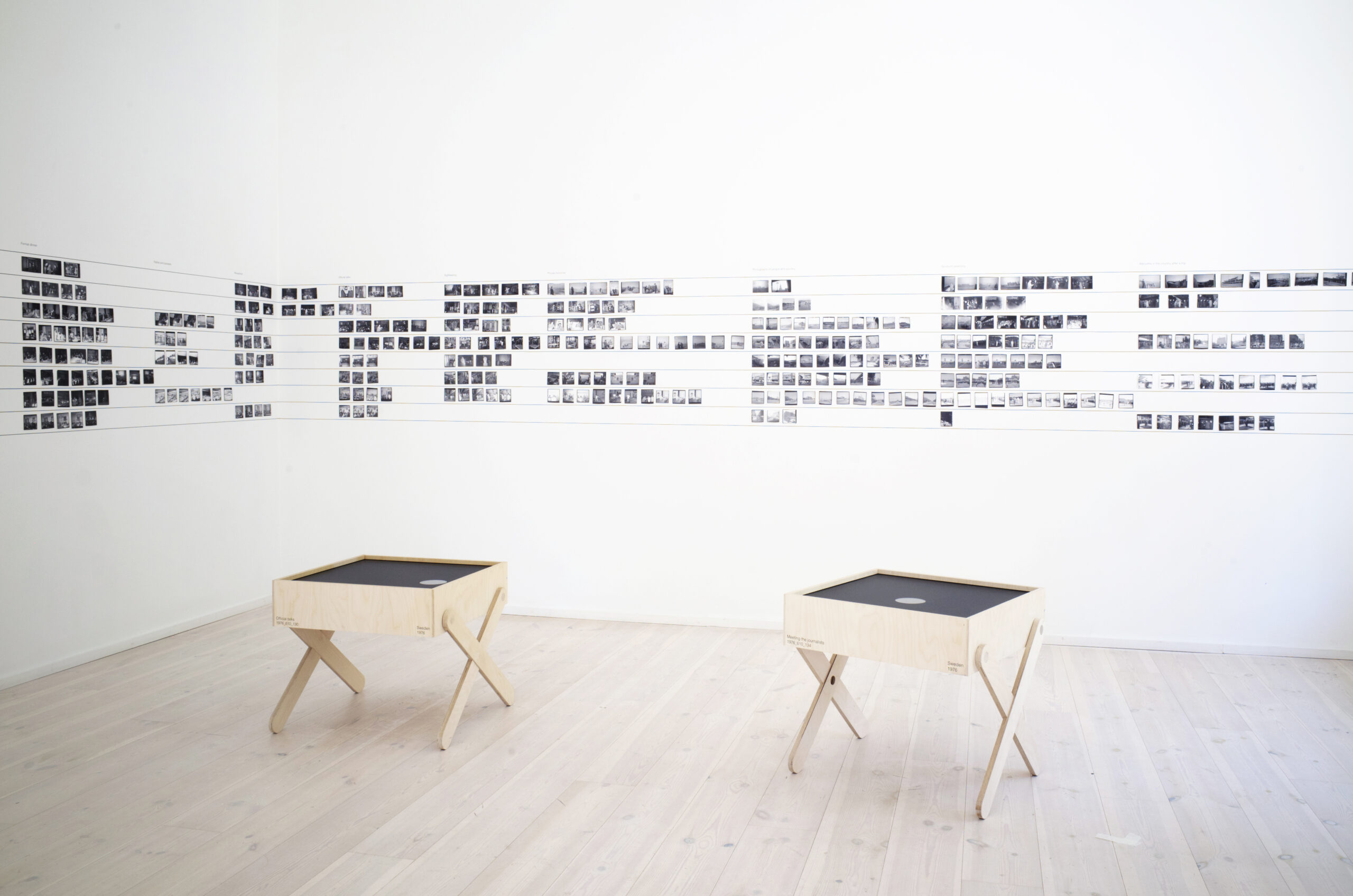 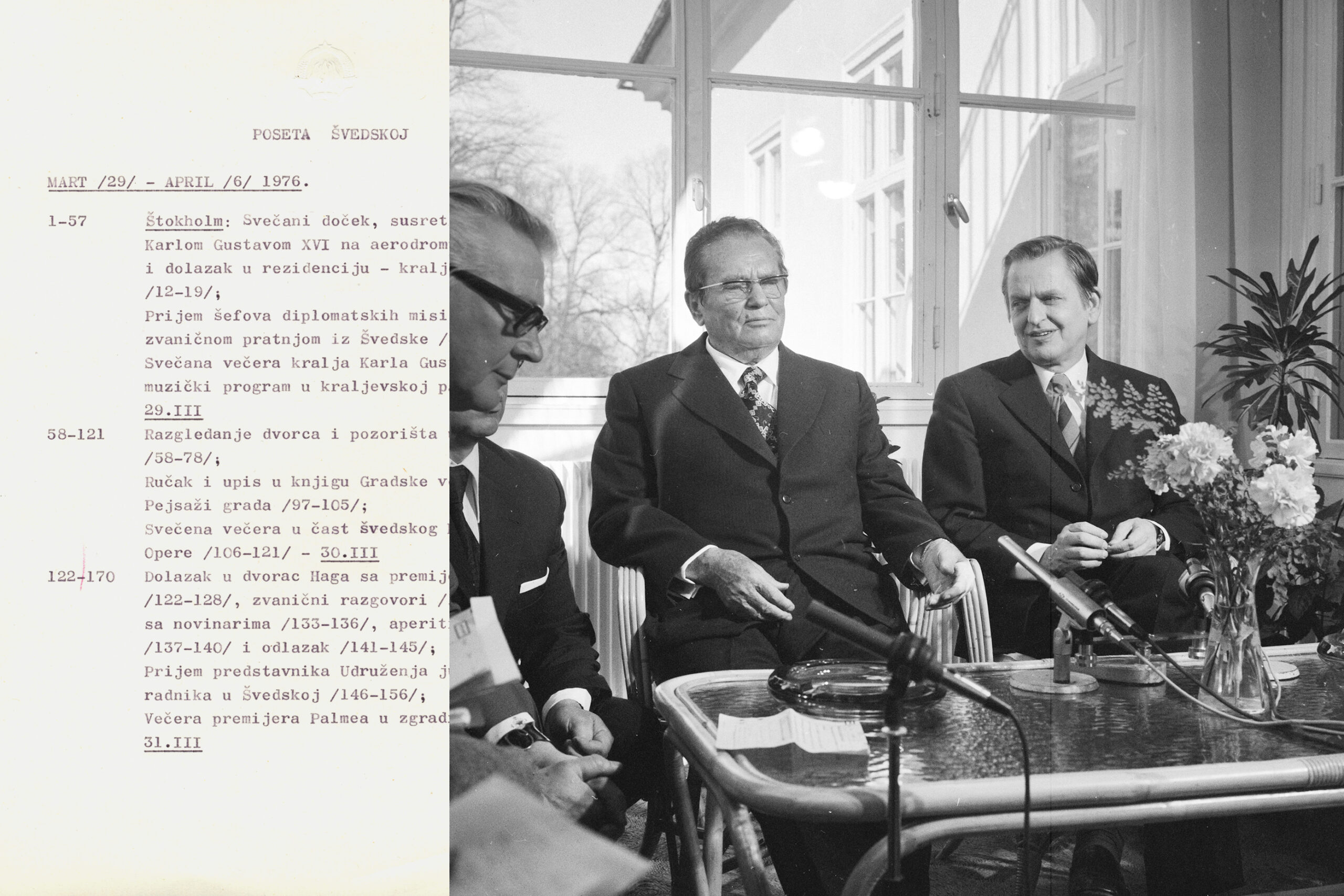 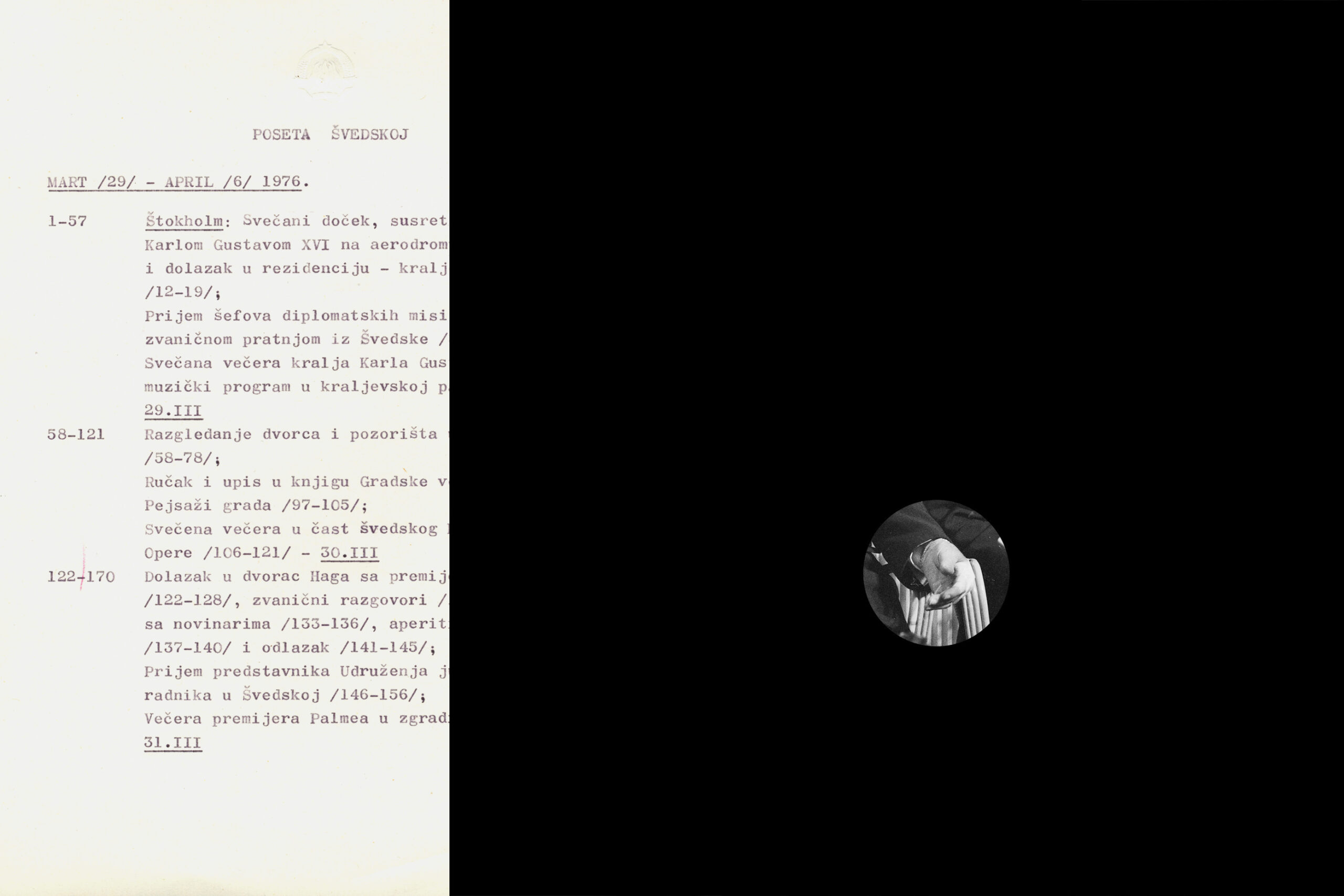 The photographs numbered 127, 130 and 134 were taken on March 31 and are to be found in box 610 in the Presidential Photo Archive of Josip Broz Tito and are followed by captions grouped in parentheses:
Arrival to Haga Palace with Prime Minister Olof Palme (122-128)
Official talks (129–132)
Meeting the journalists (133-136)

Today’s remaining story from the meeting between the two government officials is of a kind that cannot be categorized under allotted captions, and is instead represented by a moment when President Tito gets his hand squeezed into a car door.

The End of Hypocrisy: A Good Day for Bad Weather

By the end of the last great war, when the people inhabiting the Western edge of the Eurasian landmass unleashed their full destructive force upon each other and just barely avoided obliteration, something that we like to call Western Values were created. These were a set of ideas that postulated that the horrors of forceful domination and tyranny must be subdued by enlightenment in our ravaged world, lest we seize existing in the next untimely flare. Our departments of war were promptly renamed into departments of defence; our ministries of propaganda gave way to the more modern sounding departments of information. As nations we laid claim to the phrase “never again”. And so, the age of hypocrisy was born.

The act of hypocrisy, far from a modern invention, was a theatrical act used in plays of the ancient Greek civilisation, a civilisation that the creators of Western Values purported to draw our heritage from. While the ancient philosophers considered hypocrisy to be an inappropriate act outside of the world of theatres, the creators of the new paradigm drew on a line from a pastoral play by William Shakespeare in which a melancholy protagonist declares that in fact “all the world´s a stage”. And as such, the public, albeit theatrical declaration of universal values, even if they were not necessarily upheld in practice, was considered to be a virtue of itself. Hypocrisy, it was believed, would be a quilt, or a goal, moderating the vilest impulses of domination and tyranny, playing what Mahatma Ghandi is ascribed to have considered “a good idea”, namely the act of Western civilization.

The age of hypocrisy gave birth to declarations of universal rights, human rights, laws, treaties, institutions, and not least the profession of journalism which became the moral arbiter, unearthing and attempting to bridge the gap between what was declared and what was actually enacted. Careers were created and destroyed, with hypocrisy as the sole motivator. Hierarchical systems of power arose, where those who bore the least public guilt, or had been caught with the least heinous moral crimes were propelled to the top. Military and financial powers were forced to employ complex “narratives” and “discourses”, “public-relations” and “educational programs” in order to conduct military adventures, genocide and oppression of their subjects. The kingdom of Sweden arose as a moral superpower, an international enforcer of values.

When what became known as the Western World entered the Age of Information, the Age of Hypocrisy was bound to come to an end. The gap between what was said and what was done could simply no longer be meaningfully maintained, not when access to information had become so readily available. The very fundamentals of the institutions of power, the particular hierarchical structures upholding law and social order, were faced with insurmountable strains in maintaining their legitimacy when moral superiorities were suddenly so publicly questioned. And even though the age of hypocrisy had clearly outlived itself, there was no given answer as to which of the two logical ends it would meet; through that which was declared, or that which was enacted.

The end of hypocrisy was not the end of the world, only the end of a theatrical play, and an end for the role played by its actors. And that end proved to be a great day to talk about the weather.