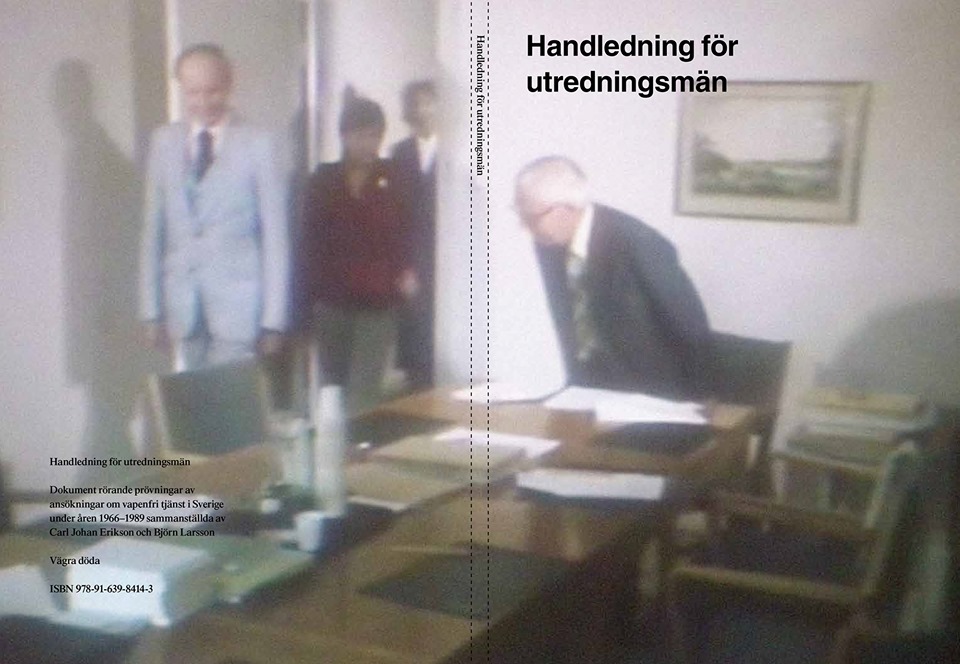 On 21 November 2019 at 18:00, Klara Källström and Thobias Fäldt invite Carl Johan Erikson and Björn Larsson to launch and present the book Guidance for Investigators at FG2 in Gothenburg.

In conjunction with the book launch, the video installation Interviews: Violence Against People will be shown.

Carl Johan Erikson and Björn Larsson have compiled documents concerning assessments of applications for non-combatant military service in Sweden from 1966–1989. Guidance for Investigators is part of the reasearch project Refuse to Kill: The Stories of Conscientious Objectors.

Refuse to Kill seeks to investigate a specific segment of recent Swedish history between 1966 and 1992 through the testimonies and narratives of conscientious objectors. In other words, those who chose not to perform traditional military service, but applied for, and were granted, non-combat service. Existential questions about the conscientious objector’s movement, such as the right to invoke one’s conscience, concern the individual’s room to manoeuvre in relation to the law and rights, and still carry relevance today considering the resumption of compulsory military service. The right to conscientious objection is the main focus of the project, as well as social expectations, norms, gender structures and the logic of measurability.